Towards the end of the year, Qualcomm also presented its new SoC for Android phones, which was unsurprisingly named Snapdragon 8 Gen 2. Qualcomm’s new generation chip improves in all areas compared to its predecessor. Here we will talk about a powerful chip for top mobile phone brands.

All in all, it is a fairly big step forward, which on paper is much more significant compared to what Apple was able to achieve between its self-developed A15 Bionic and A16 Bionic chips.

The clocks of the new snapdragon chip manufactured at 4 nm bandwidth are the same as its predecessor, so we can still use four power-oriented (2.8 GHz) and three energy-efficient Cortex-A510 cores (2 GHz) for the Kryo Prime ticking at 3.2 GHz named “main core”, which is based on the currently strongest Cortex-X3 architecture. However, the formula is a bit more complicated than that. Although we get four performance-oriented cores, they are actually not the same, two are based on the recent Cortex-A715 architecture, and two on the previous Cortex-A710, so that the new chip can run 32-bit applications even with the more advanced 64-bit ones.

The upcoming gen 2 processor is expected to arrive soon on the market and every brand wants to embed the latest SoC into its flagships. The latest upcoming top-end smartphone from Vivo, aka the X90 Pro Plus, is also anticipated to arrive with the same high-end chipset. The handset is expected to carry a flagship Vivo price in Pakistan that could easily cross a price barrier of Rs. 200,000 or $880 USD.

About the Latest Processor

Coming back to the latest processor, there is also great progress in terms of graphics, the new chip already supports Vulkan API 1.3 and the ray tracing known from new generation consoles and video cards. In addition to this, Snapdragon 8 Gen 2 is the first to provide support for the Unreal Engine 5 Metahuman Framework, which in theory will enable photorealistic character rendering – but of course, we must not forget that we are still talking about a chip intended for mobile phones.

In terms of memory, there is also nothing to complain about, the Snapdragon 8 Gen 2 easily handles up to 4200 MHz LP-DDR5X modules, and supporting the latest UFS 4.0 storage spaces is no problem for it either. The maximum image refresh rate supported by the chip will be 144 Hz, but it will only be able to do this at a maximum of QHD+ resolution, with a 4K display, the chip will still limit itself to 60 Hz.

200 megapixels is the new standard

Although mobile phones equipped with 200-megapixel cameras have already appeared with chips from the Snapdragon 8 Gen 1 family, these chips were not fully optimized for such a high resolution, but this will no longer be a problem in the case of the new generation. Gen 2 has been completely optimized to handle cameras with up to 200 megapixels, and it can also handle images from up to three cameras at the same time, provided that they are each up to 36 MP. Many of the phones in the Infinix mobile price list do not support these features. In terms of video recording, 8K is of course also supported, but still only at 30 fps, but in the case of 4K, we can jump up to 120 – and we don’t have to give up formats such as HDR10+, HLG, and Dolby Vision.

Considering networks, the chip can operate with the Snapdragon X70 modem, which also supports mmWave and 5G frequencies below 6 GHz. In theory, the download speed can reach up to 10 Gbps, and the maximum upload speed is 3.5 Gbps. In addition to these, one of the biggest advances was made by the department responsible for performing tasks using artificial intelligence, which on paper is capable of 4.35 times more computing power, with better efficiency.

Samsung is currently ahead of the others

After the announcement, Qualcomm released a list of manufacturers whose devices we will be able to try out the Gen 2 chip for the first time, but to everyone’s surprise, South Korea’s Samsung was left out of the list. As it turned out, all this happened not because the manufacturer left Qualcomm alone, but because they certainly managed to make a unique offer.

According to information based on current leaks, next year all three S23 series mobile phones will be equipped with the new Snapdragon chip at a high-end Samsung price point so not something accessible to everyone. Of course, the truth will only be revealed after Galaxy Unpacked in February, but one thing is certain: we are looking forward to an extremely interesting period, and we are curious to see what the manufacturers will do with the possibilities provided by the new chip. 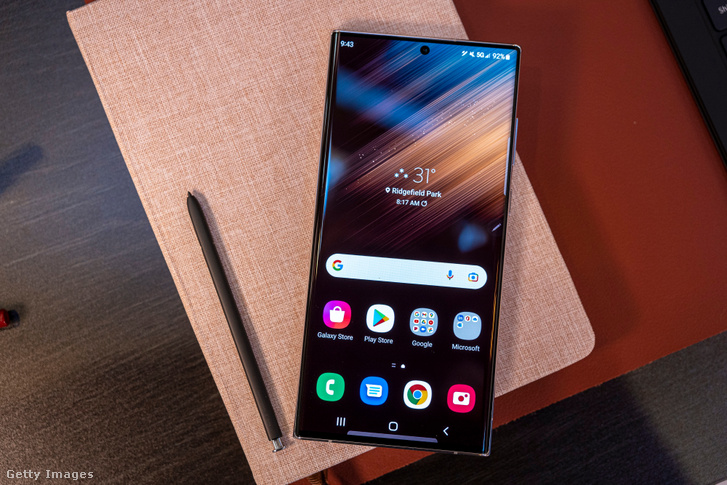 <strong>Why Your Business Needs a Website: Benefits and Advantages</strong>

8 Outstanding Demo Video Concepts to Promote Your Brand in 2023

Top 10 Google Reviewers in The USA